I did some crazy things (insert $&*!). I like to think I have a healthy dose of fear and adventure. I mean what’s a life not lived? My teammate suggested that we go on this excursion through 365 Adventures. It was inclusive of camels, sand dune bashing, yoga and BBQ at the beach under the moon and stars all for 200QR or $50 USD. Daud, who is Pakistani was our driver. He picked the six of us up in front of our apartments in his black Land Cruiser. We headed on the freeway out towards an area that looked industrial. I couldn’t tell if we more excited about western wear or leaving the compound. 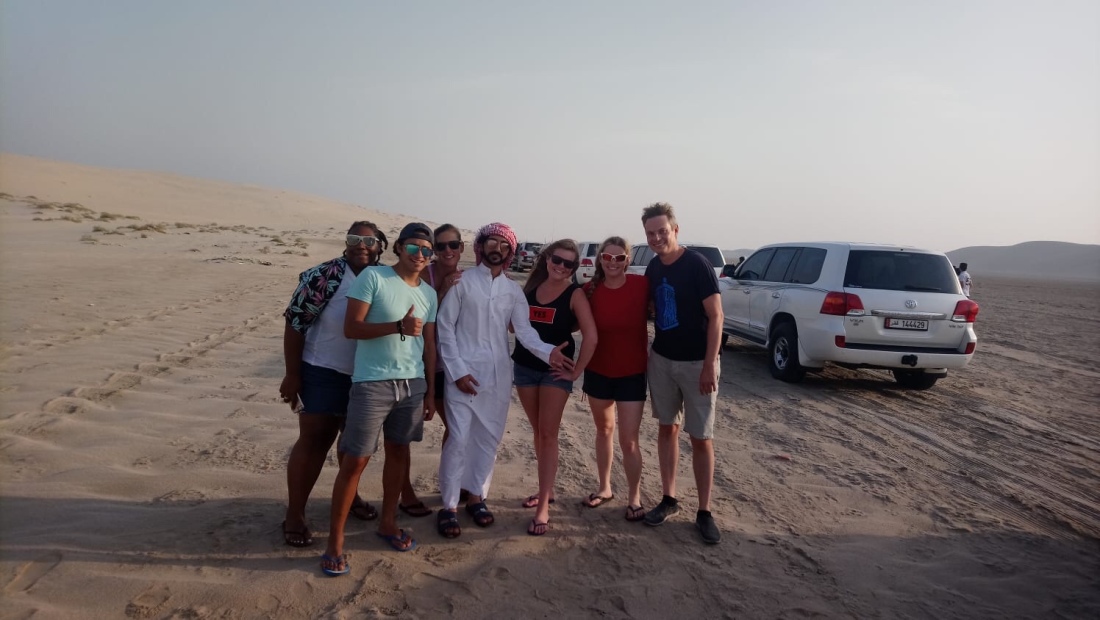 Our first stop was for a ride on the camels. This was the first of 68 times I thought I was going to lose my life today. The camels are just chilling waiting to give you the ride of your life. So the man told me to climb onto the camel. It feels like your trying to get on a big Harley Davidson. I made it up and threw my legs over. But all I could think about was the video I saw on Facebook this week where the camel couldn’t stand because the man was a little chunky. The camel handler (is that a thing?) gave three distinct sounds and the camel rose up in phases. All while I was screaming. We took a ride around in a little loop. Not to bad. I think I would like to do it for a longer duration.

While we were waiting, Daud was letting the air out of the tires so that we would be able to drift in the sand. About 20 Land Cruisers lined up to head into the desert. We popped on some tunes and we burned sand for what felt like two hours. I don’t know how to verbalize this experience other than share the pictures and videos. It was scary and exhilarating at the same time. Claire said “It’s raining sand and roll it!” No chick we trying to survive! Also, Daud was texting, recording and taking pictures while driving. Dude.. I forgot to sign the waiver, I need you to focus. 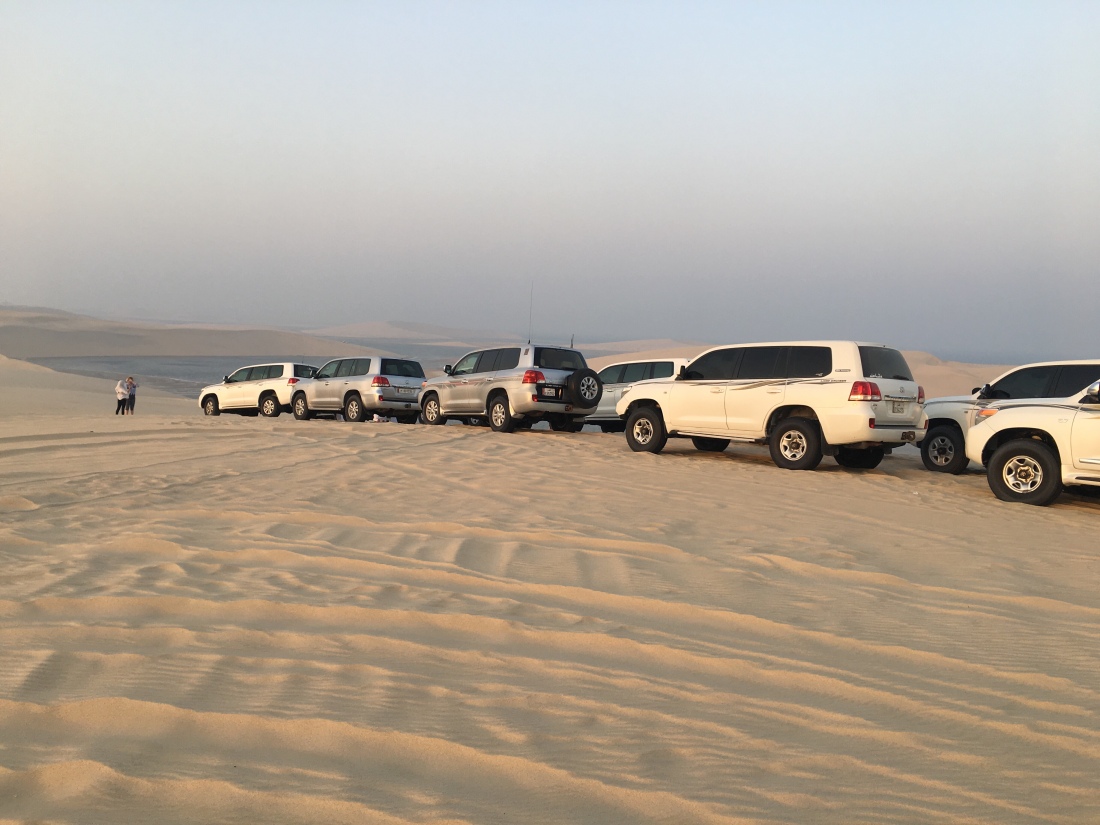 We took a stop at the Inland Sea. To the right is Saudi Arabia and to the left is Abu Dhabi and Dubai. It was a picturesque scene. Not something you get to see everyday.

The BBQ…. Our driver said it was camel and chicken. Maybe it was; maybe it wasn’t. My meal consisted of chicken (hopefully) that was coated in some seasoning that I had never experienced, veggies, hummus and bread. I ate it with my hands (thank goodness I’m the wet wipe queen). Very satisfying. While some choose to do yoga I relaxed on my towel. I was actually writing this blog. 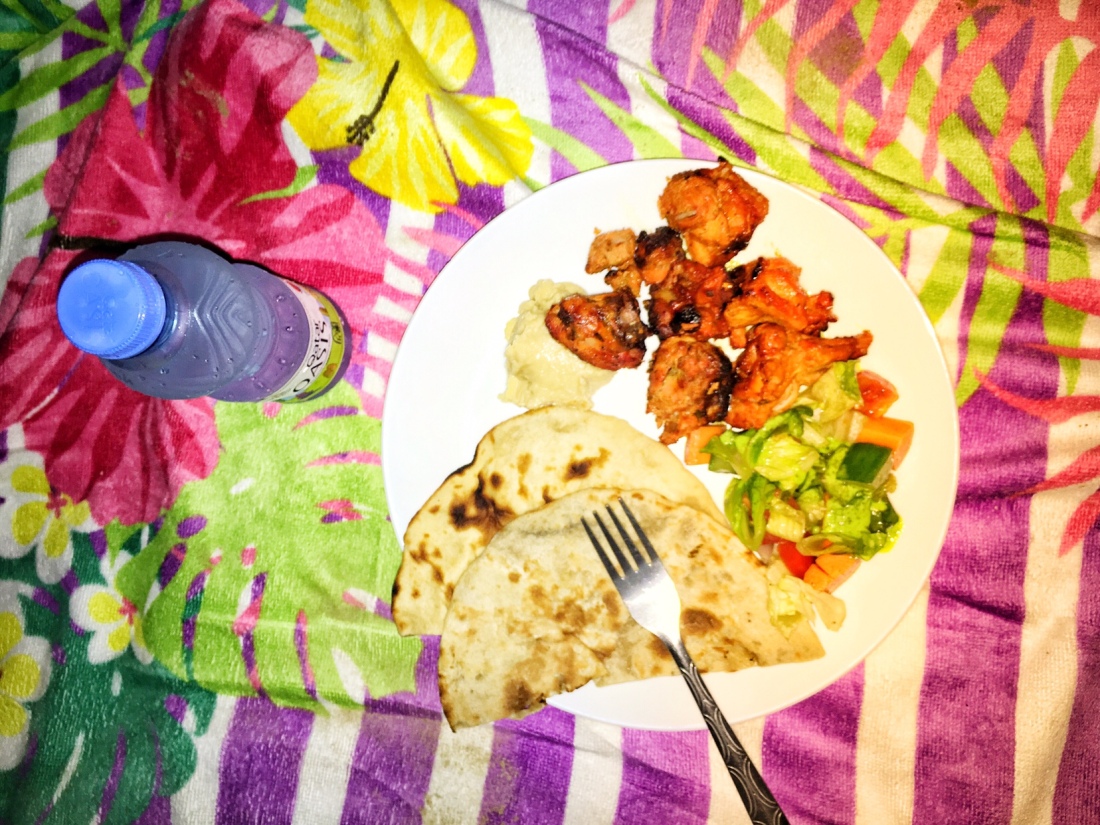 I ended my night laying in the desert, reflecting, catching the breeze and following the moon and stars as they gleamed from God’s ceiling. All while bumping some Rick Ross. #classic 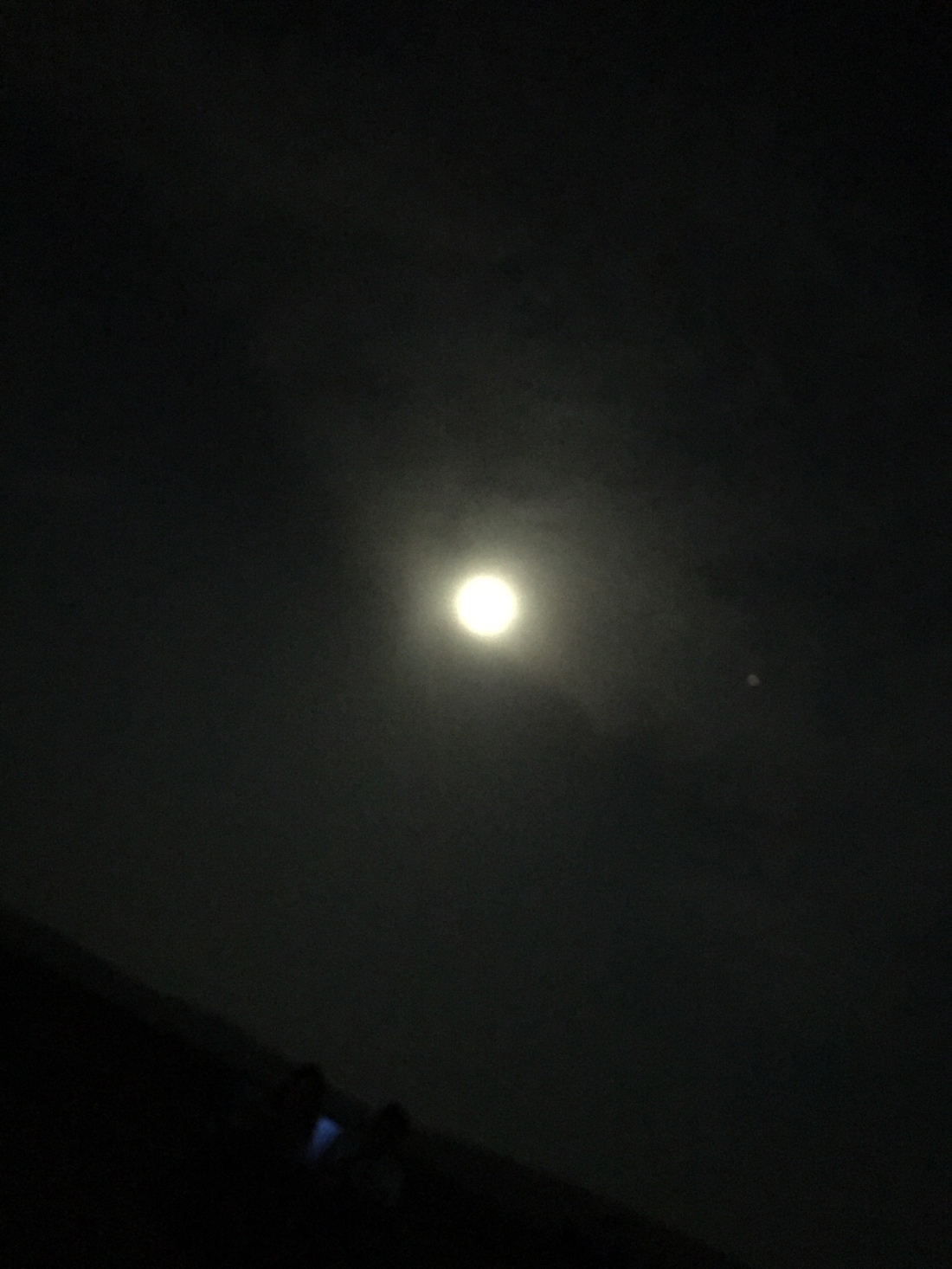 Last but not least, we stopped by the beach for night dip. Oh, don’t forget we had to get out of the desert.