So I’ve been watching “Love Is…” and one of the episodes ends with this line from Nuri:

Enjoy the man desiring you.

9/5- He told me he would call me at 6:30 with a location to meet him. This is exciting. Never had this happen before. It’s 6:56 and he is like don’t leave yet, I’ll tell you when to order your Uber. I struggle with situations like this because I might have a controlling gene. Nonetheless, I take a shot of gin while waiting. So I get in the Uber and the driver is like you’re going to the Corniche area. It’s a beautiful place. Awesome! So I get there and he meets me. We walk around the Corniche and he points to a Dhow and I’m like this? So we get on and it’s just the two of us. And we ride for about an hour looking at the beautiful buildings and lights of Doha. 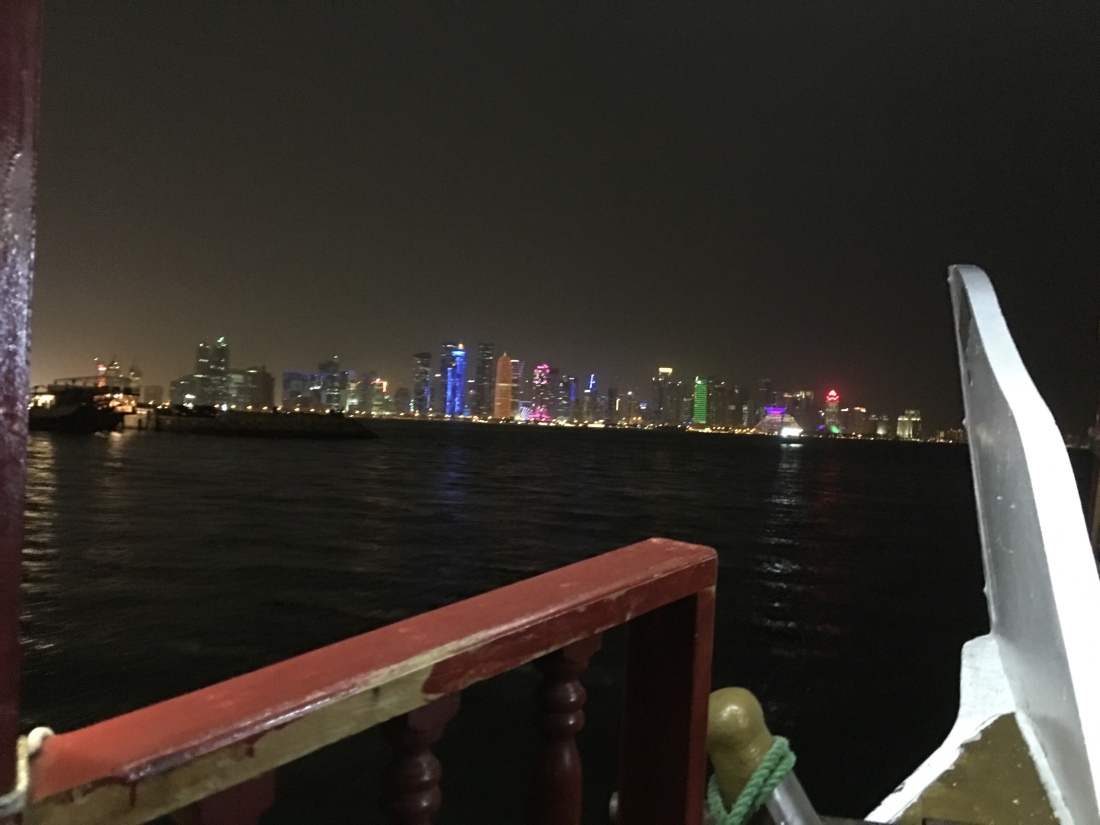 It was a really nice surprise and somewhat intimate. By intimate I mean an opportunity to have uninterrupted conversation. There is a lot questioning going on to determine if this is a going to potentially be a good fit.

Part of me is okay that this is happening. Some might say pump your brakes. But at 36 I need to ask all the questions upfront.

9/6- Tonight we caught an Uber and went to Radisson Blu. It’s a hotel, but it has several different bars. I told him I wanted to go to Shehrazad because I needed some draft beers. This is really funny because I feel like things get lost in translation sometimes or I mention something that has a completely different meaning.

For example after four beers- “I give up, gotta break the seal.” We get in a conversation about what it means to both of us. Let’s just say get your mind out the gutter dude, I was referring to going to the restroom. Once you go, you can’t stop. He had never heard of that. Also, he thought by draft I was saying giraffe. This is funny right??? Here is a picture of a giraffe beer. I can’t drink that much beer these days. 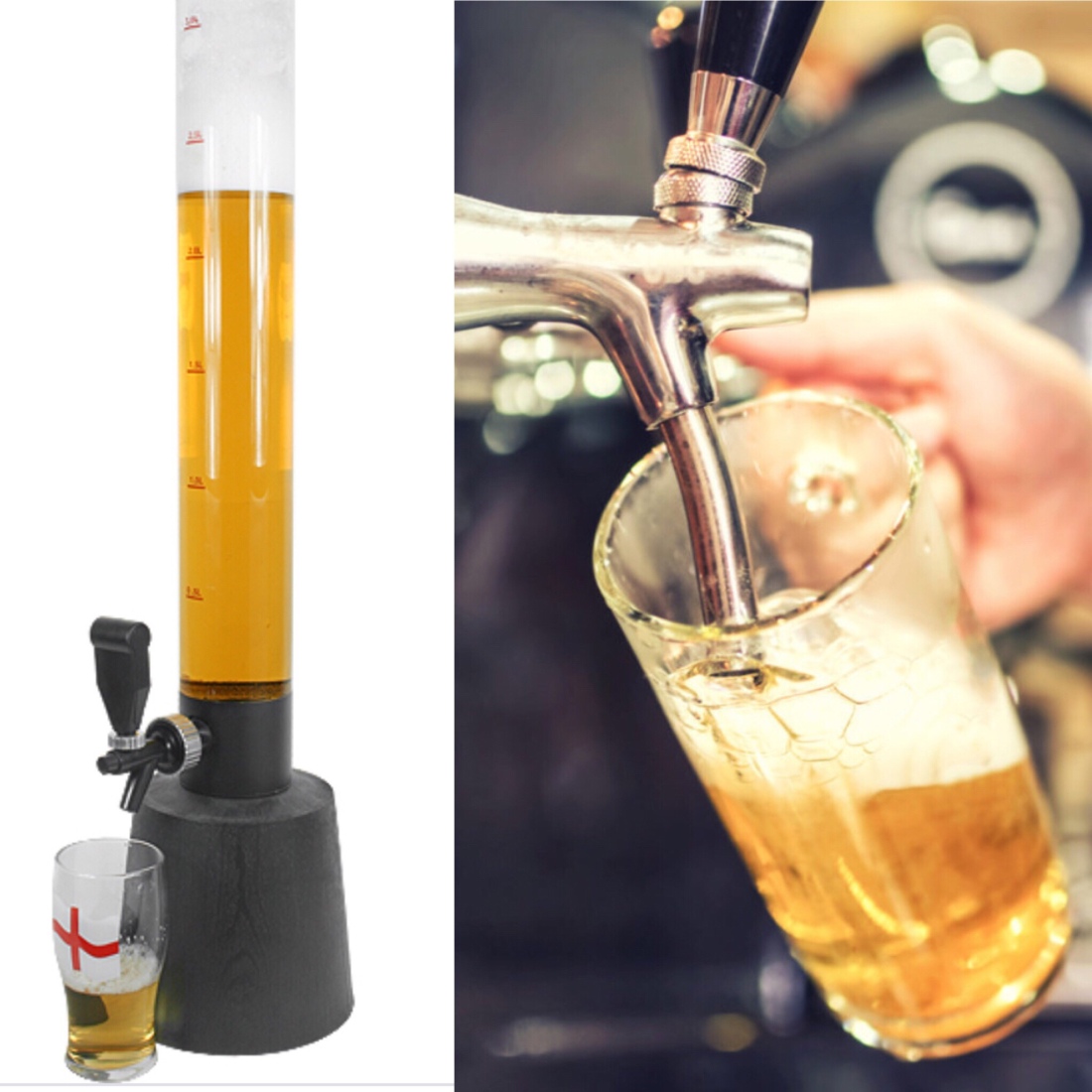 Update- Yesterday he told me that he understands everything I say. He just thinks it’s funny when I tell him it was lost in translation.

9/7- Homeboy (name courtesy of Megan) comes by and drops off flowers.#swoon I’m done. Let me tell you the last time I got some flowers from a man. I’ll keep thinking and get back to you later. Additionally, I had these huge boxes in my entry from unpacking everything. He helped me carry them to the recycling area. #thatsaman 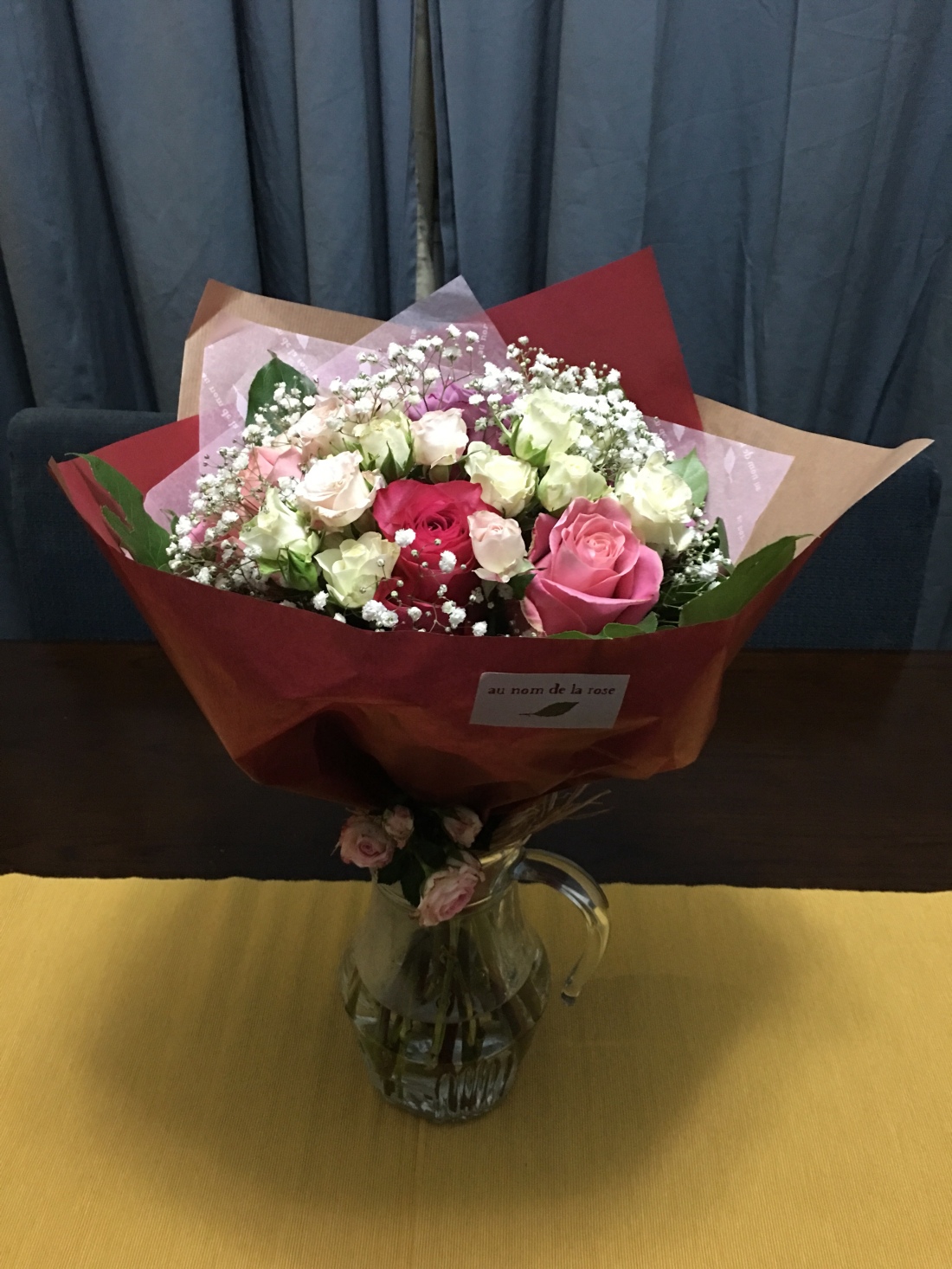 9/8- I knew this was going to be his response based on our interactions up to this point.

This is how it goes: I bought a new SMART TV because I had a 1980 big body. I knew that once I had the TV I wanted to rearrange my furniture. My desire was to have a specific flow in the house. I brought the TV home and commenced moving furniture around. When he called I was happy to show him my so called upgrades. The first thing he said was “Why didn’t you call me to help move the furniture?” #longsighwithnoanswer

Do you know how many apartments I moved in and out of without a male in sight while in Arizona? When I bought and sold my house do you know I moved pillow top mattresses up and down stairs? I should have called and asked for help even if I didn’t need the assistance.

I made him brownies with a note. Who am I? Like really. What have you done with Ranata?

9/9- All I’ve ever asked for was someone that wanted to do things together and that’s what I have received. He sent a message today asking what I thought about the Sean Paul concert which is October 30th. When you start making future plans, like 40 days from now, shit is real. Or could it be that I was deprived?

9/11 and 9/12- I have a horrible two days at work. I left with a headache on Wednesday due to the crazy four girls. He cares so much about my mental and emotional wellbeing. I told him I needed a diet Coke before I have a nervous breakdown. He brought three. #swoon

9/13- It’s my turn to plan a date. :). I’ve stopped counting the number because now it’s kind our normal Thursday. Earlier in the week I asked him if he had ever played pool. He had not, so I knew I wanted to plan something around that. We met at Megapolis. It’s a huge gaming place with bowling, billiards and lots of games. I grabbed something to eat before he got there. It took a little time to get a pool table so he ate as well. We both have a competitive nature and it’s fun.

The pool area is very nice and open with plenty of tables. It is decorated like a library or massive study. As we were checking in, we peeked in the VIP pool rooms. The manager saw us admiring the rooms and told the worker to let us have it. We go in and they place occupied sign on the door.

So, I get down to business teaching him the game. Stripes, solids, eight ball, chalk and sticks. We are ready to play. So I break the balls and nothing goes in. It’s his turn and not too bad for a newbie. I get one in and the game gets going. Once he gets the hang then it’s all about beating me. Tonight was good and it’s awesome to teach him things I know that he has not been exposed to yet. I’m two for two now. We ended out night with shisha and drinks. 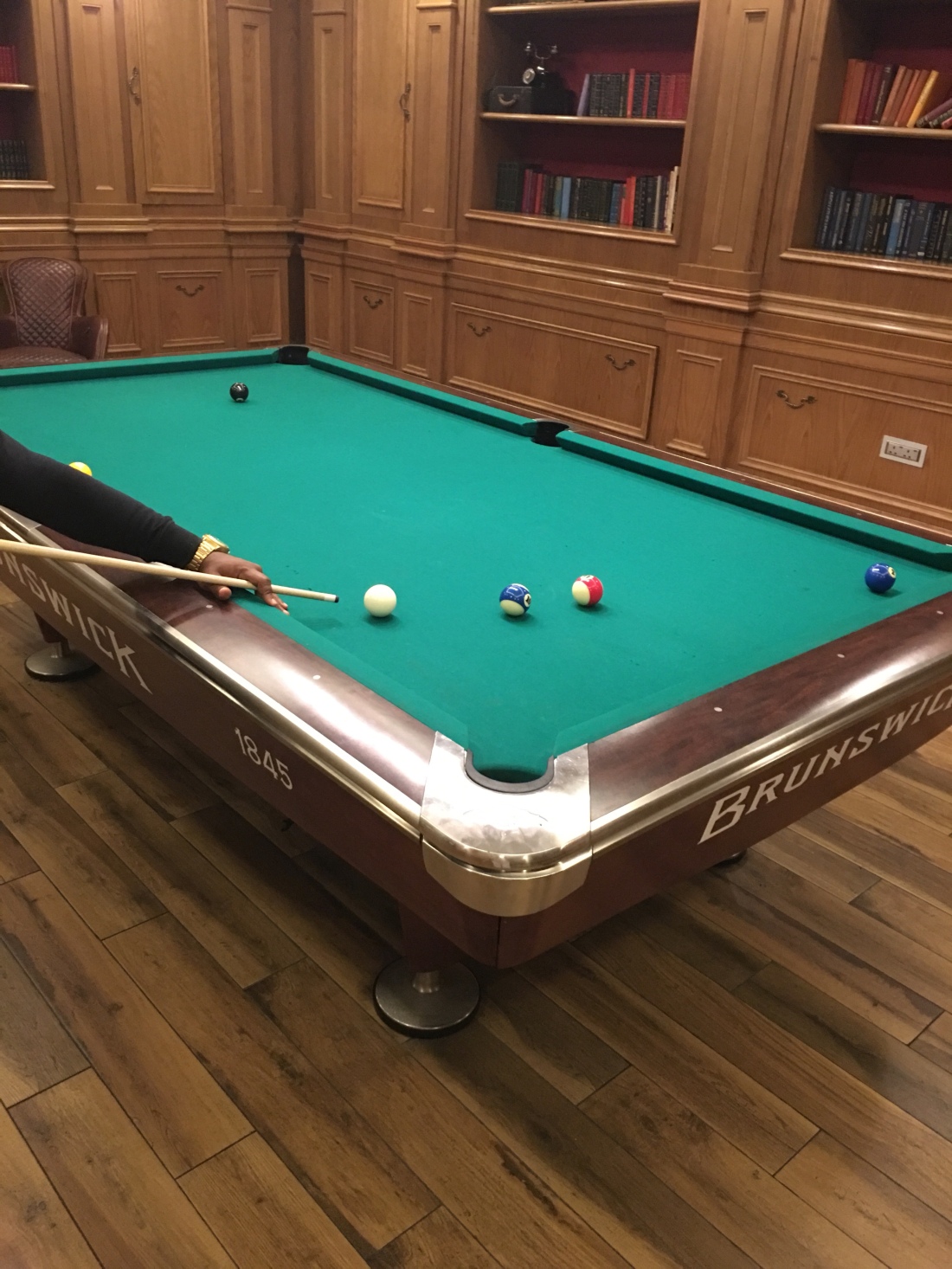 When we are out and I look at this man, I think to myself, “Gosh, I’m lucky.” I told this to him and he explained to me that it has nothing to do with being lucky. It’s about being blessed. #wellpraiseGod

This probably doesn’t seem like a big deal, but I haven’t had a man around to assist with things. I told him I needed to move curtains from one room to the other. I had some drab blue curtains and they didn’t macth my bedroom color scheme. However, the other bedroom had gold curtains that were perfect. He came and switched them. Why does this make me happy? I don’t even know.

11 thoughts on “Something New and Unexpected Part 2”